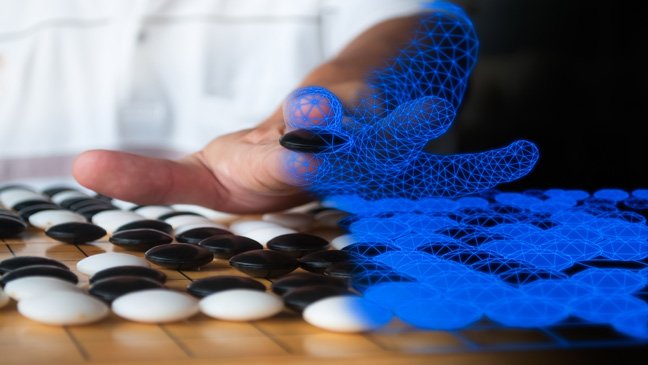 Artificial Intelligence succeeded the challenge of surpassing the World Champion in the Ancient Chinese Game “Go”.

Google’s Ai Deep Mind Alpha Team Spent Years Trying to Master this Strategic game that has more possible moves than the number of atoms in the world.

In theory, all the computers in the world would be required to compute the number of possible variations to victory.

Mastering Billions of Predictive Patterns by the Best Ai is microscopic compared to the Magnificent Creation of Infinite Patterns by God.

For Example, Every Human Having Unique Fingerprint Patterns, Varying Retinal Designs (that contract and detract), Unique Voice waves, and Much More.

The Geometrical Genius to Predict Fitting Trillions of Exclusive Patterns on Half inch finger tips and eyes.

These Meticulously Calculated Designs Are Worldwide including Trees, Roses, to Snowflakes having Beauty, Character, and Distinctive Shapes.

In addition, We have Specific Internal Algorithms that Process Self Charging for Decades, Searching Internal Thoughts and External Objects and Abstract Frequencies Such as Love.

Even Our Solar System Has Algorithms of Movements on Paths Giving us Life. Invisible Elements Programmed to Unite like Oxygen and Hydrogen to Give us Water.

All the Elements in the World Connected Together while being Different to Create A Symphony of Sustainable Environments that Fosters Collaboration to Give More Birth, including Collaboration to Invent Ai.

Clearly Such a Creator Would Have Infinite Processing Power and an Intelligence Level Beyond Imagination. For Humans who Appreciate these Amazing Blessings God has Provided and Revere the Power to Produce them, it is Evident that God would Also Give us the Smartest Religion.

In the Framework of Predictive Patterns, We can Also Invalidate Religions that Claim Their Code (Religious Texts) Are Valid in Multiple Languages When Any Linguist or Computer Programmer Can Confirm That Languages Can Not be Perfectly Translated.

Keeping the Original Words in the Same Language is Essential rather than having a human translator add Imperfection to God’s Words. It is Literally trying to replace God’s voice with a human’s voice.

In the Context that Everything on Earth has Unique Identifiers, We Can Null Religions that don’t Propagate Accountability. Actions Have Consequences, this is a Basic Law of Physics, Religions that Are Not in Harmony with the Patterns and Laws Around us, Are Not from God.

We Will Compare the World Religions Including Christianity, Hinduism, Buddhism, Judaism, and Islam. In Comparing their Scriptures, We Are Blessed to Have the Religion of Islam being the Doctrine that Gives the Values and Logic for being the Worlds’ Smartest Religion.

The Word “Islam” means Submission to God and Followers of Islam are Called “Muslims” People who Submit to God.

The Holy Book of Islam is Called the “Quran” that means “The Reading”. Thus, Muslims are Not named after a human or tribe, We Are Named For Our Purpose, to Submit to God.

The Quran Will be Compared to the Jewish Tanakh (Bible), the Christian Gospel, Buddhist Tripitaka, and the Hindu Vedas For the Criteria of Logic and Intelligence as a Calculation and Authentication of Being from God.